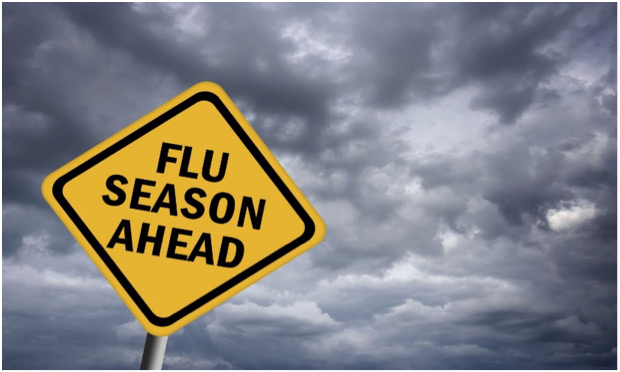 A few things are new this season:

What flu vaccines are recommended this season?

For the 2018-2019 flu season, providers may choose to administer any licensed, age-appropriate flu vaccine (IIV, RIV4, or LAIV4).

There is a table showing all flu vaccines that are FDA-approved for use in the United States during the 2018-2019 season.

What viruses will the 2018-2019 flu vaccines protect against?

There are many different flu viruses and they are constantly changing. The composition of U.S. flu vaccines is reviewed annually and updated as needed to match circulating flu viruses. Flu vaccines protect against the three or four viruses (depending on vaccine) that research suggests will be most common. For 2018-2019, trivalent (three-component) vaccines are recommended to contain:

Quadrivalent (four-component) vaccines, which protect against a second lineage of B viruses, are recommended to contain:

When should I get vaccinated?

You should get a flu vaccine before flu begins spreading in your community. It takes about two weeks after vaccination for antibodies that protect against flu to develop in the body, so make plans to get vaccinated early in fall, before flu season begins. CDC recommends that people get a flu vaccine by the end of October. Getting vaccinated later, however, can still be beneficial and vaccination should continue to be offered throughout  flu season, even into January or later.

Children who need two doses of vaccine to be protected should start the vaccination process sooner, because the two doses must be given at least four weeks apart.

Can I get a flu vaccine if I am allergic to eggs?

The recommendations for people with egg allergies are the same as last season.

What sort of flu season is expected this year?

It is not possible to predict what this flu season will be like. While flu spreads every year, the timing, severity, and length of the season varies from one season to another.

Flu viruses are constantly changing so it’s not unusual for new flu viruses to appear each year. For more information about how flu viruses change, visit How the Flu Virus Can Change.

Will the United States have a flu epidemic?

The United States experiences annual epidemics of seasonal flu. This time of year is called “flu season.” In the United States, flu viruses are most common during the fall and winter months. Influenza activity often begins to increase in October and November. Most of the time flu activity peaks between December and February, and it can last as late as May. CDC monitors certain key flu indicators (for example, outpatient visits of influenza-like illness (ILI), the results of laboratory testing and reports of flu hospitalizations and deaths). When these indicators rise and remain elevated for a number of consecutive weeks, “flu season” is said to have begun. Usually ILI increases first, followed by an increase in flu-associated hospitalizations, which is then followed by increases in flu-associated deaths.

How many people get sick with flu every year?

How many people are hospitalized from flu every year?

How many people die from flu each year?

While flu deaths in children are reported to CDC, flu deaths in adults are not nationally notifiable. In order to monitor influenza related deaths in all age groups, CDC tracks pneumonia and influenza (P&I)–attributed deaths through the National Center for Health Statistics (NCHS) Mortality Reporting System. This system tracks the proportion of death certificates processed that list pneumonia or influenza as the underlying or contributing cause of death. This system provides an overall indication of whether flu-associated deaths are elevated, but does not provide an exact number of how many people died from flu. For more information, see Overview of Influenza Surveillance in the United States, “Mortality Surveillance.”

As it does for the numbers of flu cases, doctor’s visits and hospitalizations, CDC also estimates deaths in the United States using mathematical modeling. CDC estimates that from 2010-2011 to 2013-2014, influenza-associated deaths in the United States ranged from a low of 12,000 (during 2011-2012) to a high of 56,000 (during 2012-2013). Death certificate data and weekly influenza virus surveillance information were used to estimate how many flu-related deaths occurred among people whose underlying cause of death on their death certificate included respiratory or circulatory causes. For more information, see Estimating Seasonal Influenza-Associated Deaths in the United States and CDC’s Disease Burden of Influenza page.